A winter wedding in the snow came as quite a shock first thing on arrival back from holidays in the sun last week.

Chris and Isabel first contacted me last summer to ask if I could shoot their large, two-date summer wedding. The original plan was to have two events, a low-key church ceremony in July, followed by a larger marquee-style party for friends and family later in September. Quite simply the religious ceremony was the key event for them and they didn’t want the pressures of managing a large scale event to detract from it. Everything was booked, until a few months later, they decided to do things completely differently. Rather than have two events, the new plan was to be married on a Monday in February with a low-key ceremony which friends could attend if they wished, to be followed by a private evening with their close family. Since they were both teachers, a Monday in half-term suited them perfectly well and removed the difficulties of organising an enormous party which they felt might draw attention away from their vows.

Unfortunately, they had underestimated just how many of their friends intended to wish them well and so, in spite of it being a Monday afternoon, 150 people still turned up to wish them well and the local church hall quickly became the site of a simple but very fitting reception venue more full of people than some summer weekend weddings I shoot.

In spite of an afternoon spent trying to pick out reportage faces and moments from a packed out church hall, things were much more relaxed in the evening at nearby Fanhams Hall and we were able to get some fun formal shots in spite of the failing light and the bitter cold.

Should have the main album up some time next week, but in the meantime, here are a few previews: 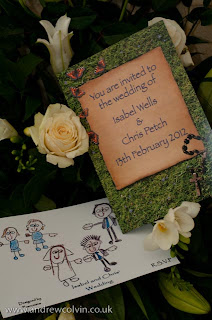 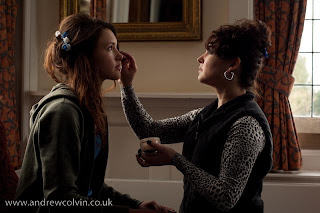 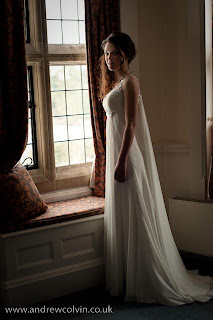