Photo of the month: Wedding Whippet

Photo of the month: Wedding Whippet

Wedding preparation photos are some of the best reportage as they show a very honest side of the day.

Because many of the people present during preparations are a couple’s closest family and friends they provide one of the most intimate parts of the day with focus not just on the details of the dress and the flowers but also the relationships and emotions in the last few hours before the wedding. Later in the excitement of the reception party, much of the the really personal emotion gets lost in the swell of the party.

This month’s picture though is another old one and a very unique take on close family preparations, taken through the eyes of George, the bride and groom’s very own wedding whippet! George had travelled all the way from Edinburgh to be at his owners’ wedding in Brussels and was a major presence during both the ceremony and the party. He had free reign between his master downstairs and his mistress upstairs and ran between them catching glimpses of their preparations, although one of my other favourites is him unsure which he should be spending more time with and is stuck halfway up. He greets the groom’s family as they arrive and finally, at the wedding itself, he charms everyone present. 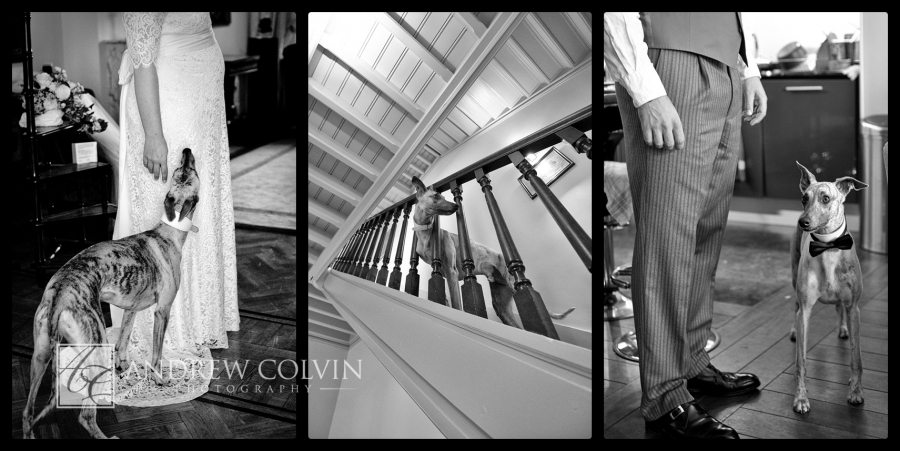 I quite often get a few pictures focussing on the dress and the clothing during preparation. While I love all the pictures of George from this wedding, this has always been one of my favourites as hound and master match each other. George has just received his collar and is still trying to work out what he thinks of it. 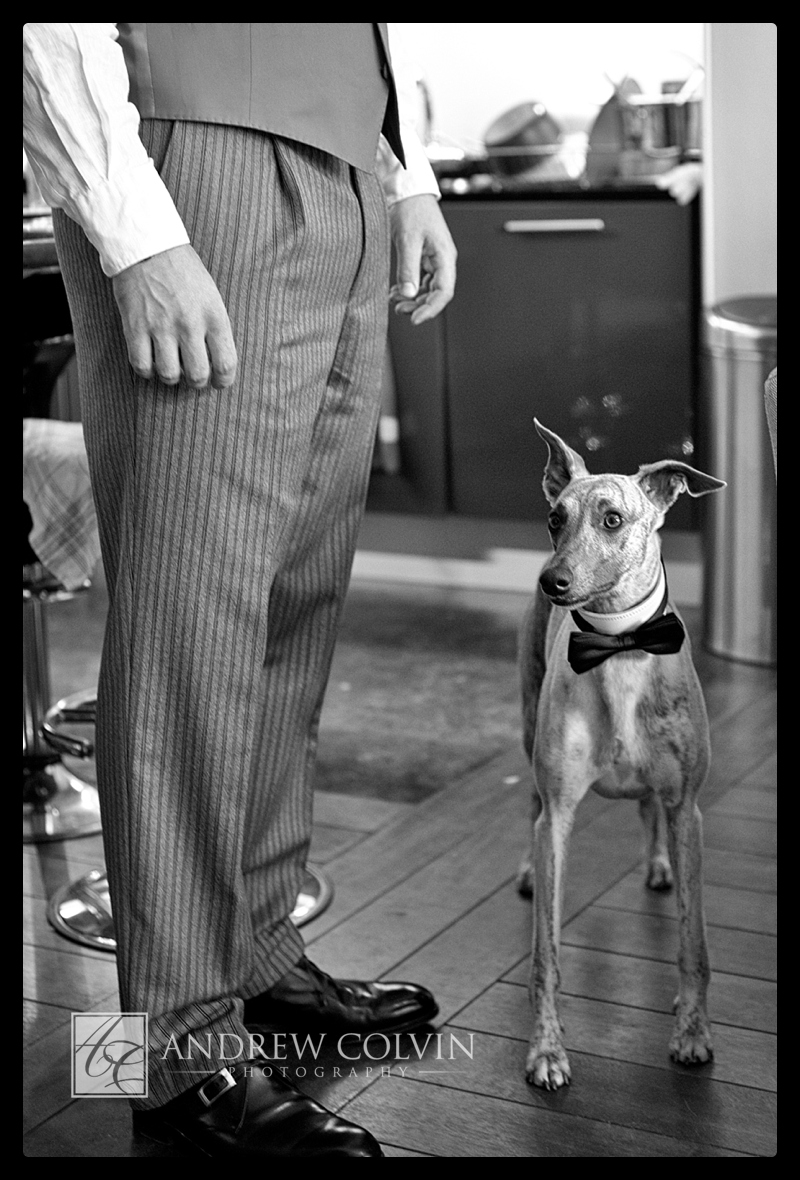