Pic of the month -A Break in the Clouds

Photo of the month: Break in the Clouds

So, I stopped doing these for a while after our daughter was born, but I figure it’s time to get back to the monthly blog pic, starting off with one of my all time favourites: Per&Frida’s Break in the Clouds 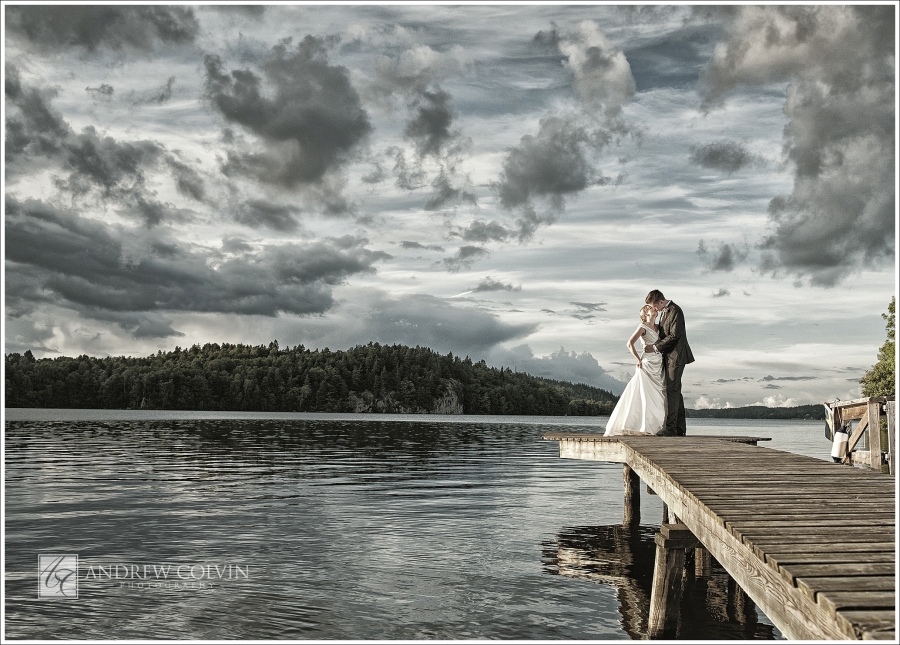 This is an example of a clear portrait picture. But it was not a scheduled part of the day. Instead, this happened during dinner. The weather had been a bit changeable with some rain during the scheduled photos at Nääs Slott earlier in the day.

One of the reasons I love this picture so much is because, even though it was a posed portrait, the timing was everything. We had talked a bit about taking some pictures down by the lake in the evening at the venue visit, but when evening came it was completely clouded over. During dinner, I took a few pictures of the speeches but I was mostly just standing by the door watching a gap in the clouds for what was going to be a spectacular post-rain sunset.

When it became clear that the sun was going to reach the gap in the clouds just as it was setting, I asked Per and Frida if they would still like to try a few quick pictures by the lake “in about ten minutes…. but can I borrow your bridesmaids right now!”.

The timing was perfect. I needed Frida’s bridesmaids with us partly so we could get some pictures with them too, but also so that they could hold a light for me and also make the pictures fun.

My formula for a successful portrait picture is:
1, Light
The natural light of a sunset is the best, but we needed light on the other side too. In the first reportage picture below, you can see how much in shadow their faces would have been otherwise! Instead one of Frida’s bridesmaids stood on the dock on the right with one of my lights. It’s not obvious, but if one thing makes this picture more than anything, it’s the mix of the backlit sunset with the fill light from the side.

2, Posing/composition
After the light and of course the background, a lot of what makes Per and Frida look so dramatic here is how they are standing. By just asking Frida to pull her dress up a bit, it not only changed the shape of the couple from being a bit flat and awkward to making a dynamic dramatic shape, it also brought out all those folds and shape in her fabulous dress. It takes a second to change but what a difference.

3, Life
And this is why I don’t spend more than a he part that so often gets missed in wedding portraits. You can set up the moment, but then you need to make the moment fun. (Although I don’t want to spoil any surprises about how I keep things relaxed and lively here!). But the look on their faces below says it all, and shows, not a bored couple anxious to get back to their dessert, but a couple of newly weds, very much in love. And that’s what we wanted. 🙂 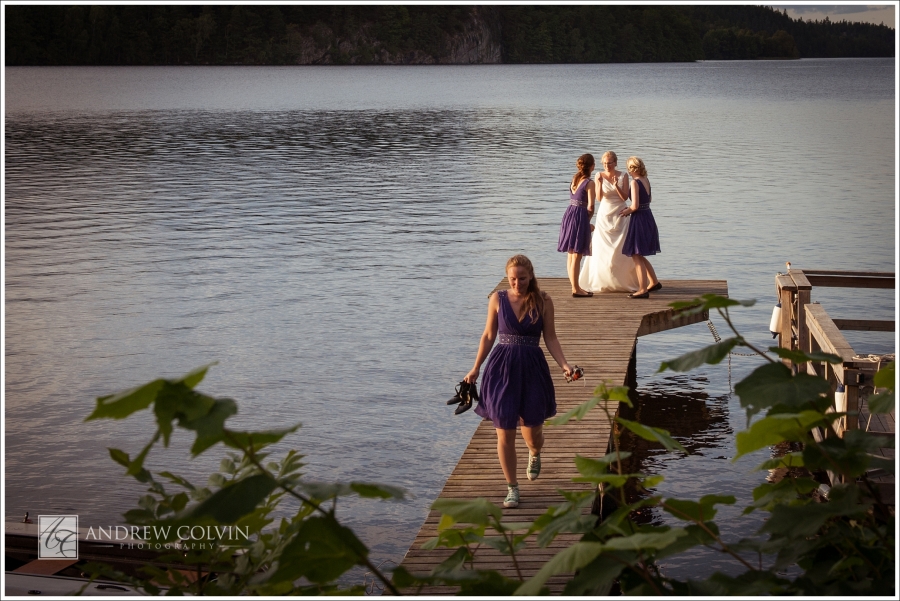 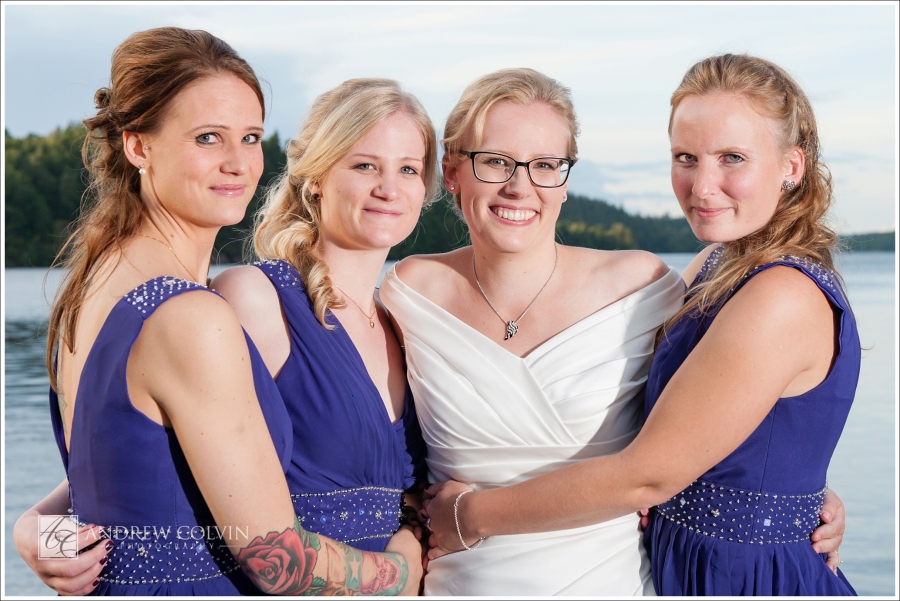 And finally… yes of course there was some major editing of the detail for the copy which ended up on their album cover. But this is only some extra polishing…. you can see the original below pretty much as it was in camera. And you can’t fake that!

Posted in Pic of the month,Weddings