Somone told me it’s all happening at the zoo… 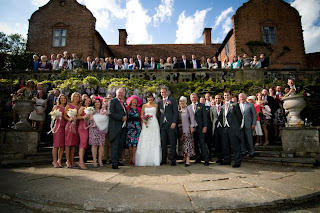 Dan and Ebony’s was definitely a first for me, married as they were in a zoo. Let me rephrase that. Port of Lympne zoo is essentially a turn of the century stately home… complete with safari park. And when you think about it, a first rate wedding venue. After all, what better way to start a marriage than several lorry-loads of wedding guests and one photographer on a safari tour of wild African fauna wandering around the green fields of Kent? Inspired!

With the wedding season winding down in a few months it’s time to turn back to child and maternity shoots and include a couple from a recent at-home shoot. Not the

easiest job trying to turn a client’s living room into a home studio but a reflector a couple of flash units and of course some dark sheets can produce wonders.

On the move throughout July with three weddings in England, Scotland and Wales in nearly as many weeks. Need go and watch that George Clooney film which everyone keeps telling me about.

« And we’re off An English, a Welsh and a Scots wedding… »