Photo of the month: Forest waltz

Photo of the month: Forest waltz 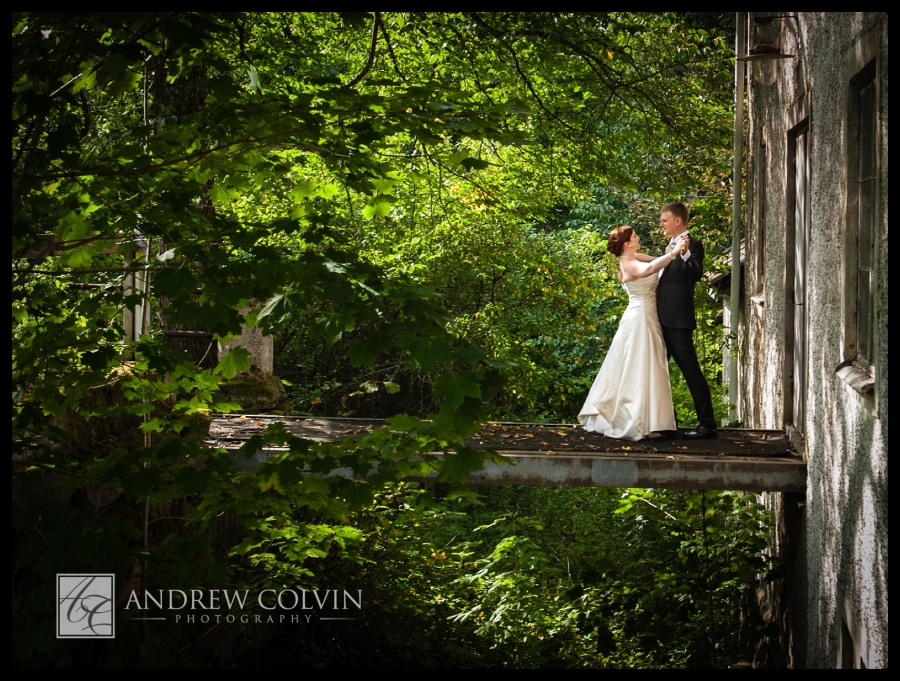 Per and Pernilla’s wedding was on of my first Swedish weddings since relocating here in 2013. It remains one of my favourites and always gets a comment so I thought I’d include it as the second shot of the month. See here for the full wedding

Finding the setting is one of the things I’m most proud about of this picture. As this was a short photo-session, I hadn’t been to the location before and only had a short time to look around for find places that would work.

Kilanda Kyrka is beautiful, surrounded by a river and several old buildings, but this abandoned mill and the shadows of the trees really caught me. From the road, it looked like a fairly simple backdrop, although I loved the shadows form the trees.  But only when I looked around to find a better angle did I find it was a bridge over the old mill-stream with its own spotlight (the photo on the left below is the same place from the front).

Why it works
The lighting, the location and the drama.

Wedding photos in the middle of the day are always difficult as direct sunlight normally means black shadows on the face but we got around this by having Pernilla facing away from the sun and having a strong flash on Per’s face. Having a strong light source gives a lot of depth to the detail such as the dress, but there’s another light being held by one of Pernilla’s bridesmaids which tones down the shadows and stops it from being too harsh. Some of the ones we also tried below, including where the flash didn’t fire.