Picture of the month -Tara 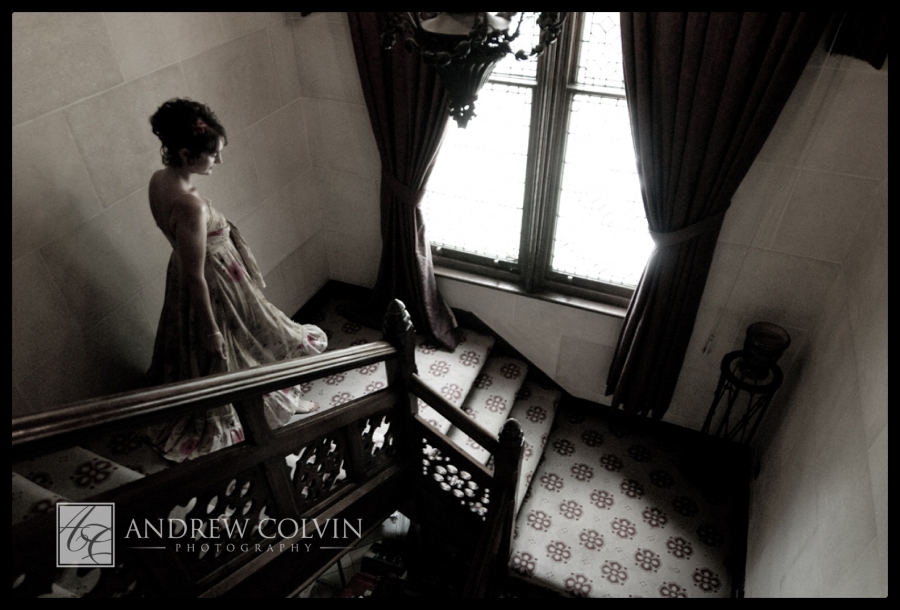 Picture of the month

So I’ve thought about doing this for some of my older pictures for a while now. It should give a bit of photo inspiration, plus it’s fun for me to look through some of my older work. And right now between the end of the February Mässa wedding fair season and the start of the wedding season seemed like a pretty good time to start. For future pics of the month, see here.

Speaking of good places to start, this picture of Tara on her way to her wedding was one of the first wedding photos I took professionally, seven years ago. It was taken in the hotel where Tara was getting ready before her wedding. I’d seen this staircase as I was going up to her room and made a mental note that it would be a great spot for a photo later as she was coming down.

When I ask couples what kind of pictures they want they often include this one, and when I ask why, the answer is usually because it’s natural… and that’s when I tell them that she walked that bit of stair three times before we got this one. So, while it’s reportage style and while she was walking here naturally, it’s definitely an arranged portrait.

When I told Tara about the picture I was thinking of, she didn’t mind at all doing it a couple of times before we got it just right, with her bare foot just stepping into the window light and her arm and dress giving a bit of forward motion. The rest of the day was almost purely documentary reportage with only one portrait photo of the bride and groom and we got some great pictures of the whole day. But I always think it’s important to note that this one that we arranged went on the cover of their album.

It’s all about the light! I’ll be repeating this a lot in this series. Expensive cameras (which I couldn’t afford back then) make things easier, but knowing lighting and composition you can take a good picture with a phone (with apologies to jerry ghionis).

The Dress
I also can’t look back on this picture without mentioning the dress. This was a very casual wedding and definitely not traditional. Tara didn’t want white or anything that looked like a traditional wedding dress, but instead bought a very fine yellow flowery one “so that I can wear it to other parties too”.

At the end of the legal ceremony in England, the celebrant (vigselförättare) hands the marriage certificate to the groom, and often explains that, rather than being sexist, this is usually because the groom has pockets while the bride doesn’t.

“But I have pockets!” cried Tara. “Look! It’s one of the things I loved about this dress”. Nearly sixty weddings later, this is the only time I’ve seen a bride leaving the hall with a marriage certificate sticking out of her wedding dress pocket.

A test shot I took on my way up, before Tara was there and the other shots that didn’t work as well.

So the first two shot was fine, and if we hadn’t had lots of time or Tara hadn’t wanted to do it twice, we could have just left it at that. But the dress was a bit billowing in the first and I much preferred her arm position in the final one.

Or we could have just used flash to be completely natural….. 🙂

« Thanks for visiting us at Svenska Mässan Photo of the month: Forest waltz »